Last year I had planned on making my first really cool Halloween do-it-yourself project, the Laser Vortex. After reading the tutorial on the Garage Of Evil website, I bought the parts and wired everything together. The only problem is that I ran out of time to make it work for Halloween night. So this year I started from where I left off. Actually found out two of the wires were misconnected on the double pole throw switch. Thankfully a friend pointed this out and voila…the vortex worked! This video is my last dry-run test before this Halloween night. Hoping that the effect is every bit as cool as I’m expecting. 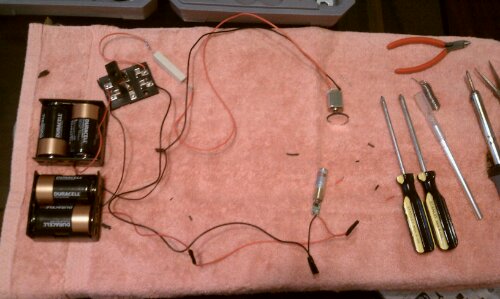 After I received the parts (mostly from Radio Shack), I wired everything together. 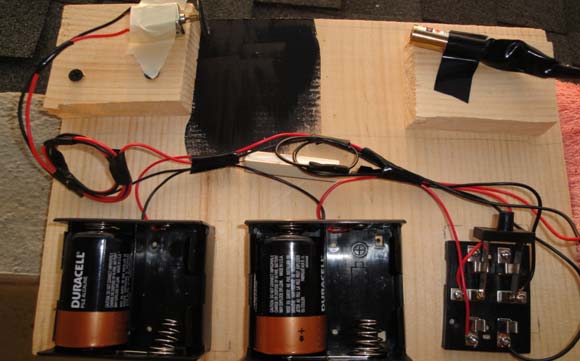 I bought some wood and drywall screws from Home Depot and mounted the vortex. I then took the wood pieces apart so I could paint them. 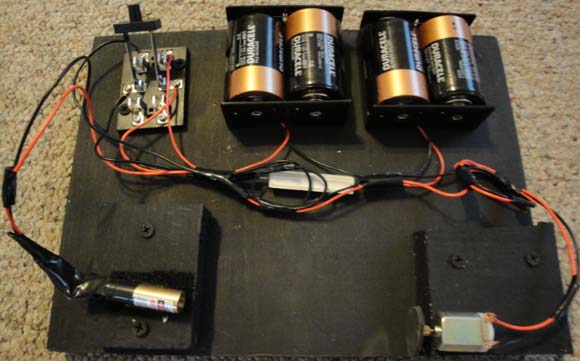 The vortex after it was painted and remounted. I used velcro for the laser so I could move it around a bit for fine tuning to point directly at the spinning mirror.