So have you figured out what you’re going to be for Halloween yet? I don’t know why it takes me so long to decide on what I’m going to be. Maybe the fact that I’m a procrastinator might have something to do with it. Well I decided to visit a Halloween shop to check out what costumes they had this year. At first I saw the usual stuff like Freddy Kruger, vampires, pirates, and the usual overly-sexy female costumes. But then I saw costumes that made me scratch my head. They got weirder and weirder the more I looked. I thought I’d share with you what I consider the worst Halloween costumes of 2016. END_OF_DOCUMENT_TOKEN_TO_BE_REPLACED

Is it my imagination or will creepy clowns become the most popular costume this year? After watching last night’s shocking episode of American Horror Story, I wouldn’t be surprised to see a bunch of Twisty the Clowns coming to my door on Halloween night. I really had no idea there were that many people that were so afraid of clowns in the first place. Then I started to think back to the scary clowns I’ve seen in movies and about the real life serial killer clown, John Wayne Gacy. I guess I can understand peoples apprehension towards them. After all, they are supposed to be someone you could trust to entertain your child. Maybe it’s the fact that they can get that close to someone’s heart and imagination that is so frightening. They can make you let down your guard, and when you are completely vulnerable, when you least expect it…BAM! They can turn on you and become your worst nightmare. To add fuel to the fire (literally), watch this prank where a crazy clown scares people with a flamethrower. Personally I’d run from anyone with a flamethrower! Watch the video, then let’s discuss the creepiness of clowns. END_OF_DOCUMENT_TOKEN_TO_BE_REPLACED

Sometimes great things can come from procrastination. Case in point, my Halloween costume. I didn’t have one. It was a crazy month and I never got time to even think about what to be this year. My plans were to take my little four-year-old cousin trick or treating. I was kind of happy this year was going to be more relaxing without having to worry about a Halloween party or costume. Thing is…I LOVE HALLOWEEN. That’s kind of obvious or this website wouldn’t exist. So how could I not have a costume to show my little cousin. After all I want her to have fond memories of Halloween night just like I did when I was a child. So after watching a few youtube videos for inspiration, I made the coolest Halloween costume in my neighborhood, a Glowing Stick Figure. And it only took 5 minutes to make! Enjoy the video below and read on to see how I made it.

END_OF_DOCUMENT_TOKEN_TO_BE_REPLACED 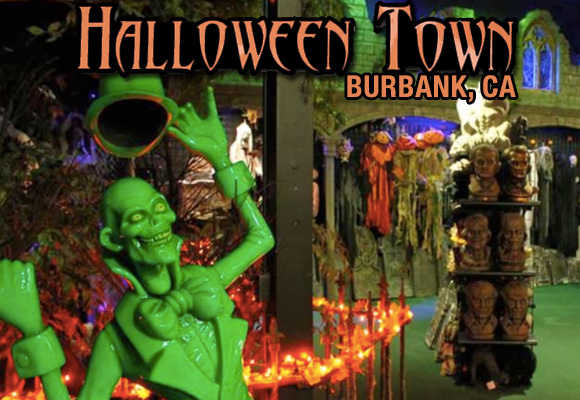 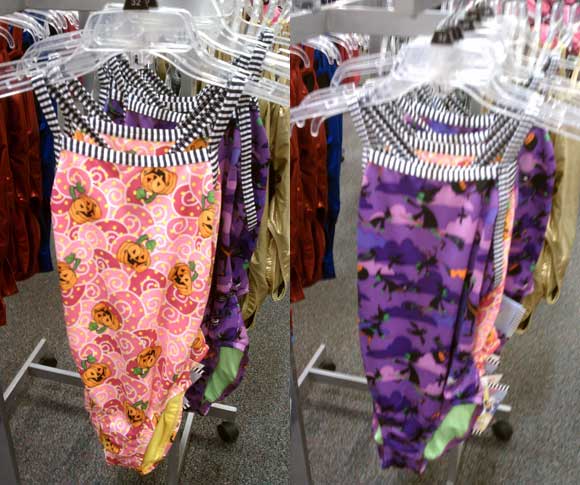 Sometimes its very hard to get any sort of Halloween spirit during the hot, long dog days of summer. I was shopping for sports equipment at a local sporting goods store, when I came across the most horrifying thing I’ve seen this season. That’s right..this is not a joke. Those little pumpkins and flying witches are someone’s idea of a cute bathing suit. What’s scarier is that the swimwear are in the adult women’s section. Wow! Then again, this is Los Angeles. I’ve seen worse. (I think…)