So have you figured out what you’re going to be for Halloween yet? I don’t know why it takes me so long to decide on what I’m going to be. Maybe the fact that I’m a procrastinator might have something to do with it. Well I decided to visit a Halloween shop to check out what costumes they had this year. At first I saw the usual stuff like Freddy Kruger, vampires, pirates, and the usual overly-sexy female costumes. But then I saw costumes that made me scratch my head. They got weirder and weirder the more I looked. I thought I’d share with you what I consider the worst Halloween costumes of 2016. 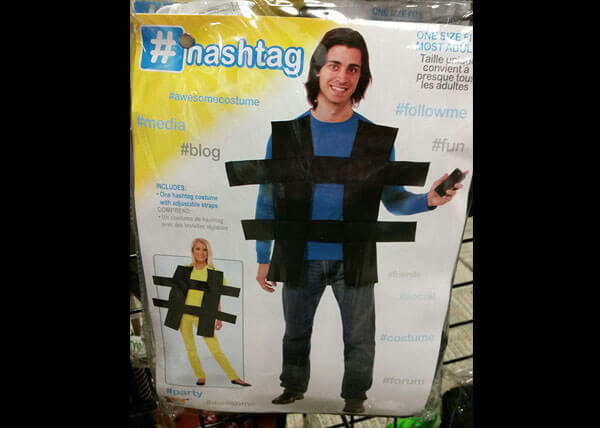 At first I thought this was a tic tac toe costume. I guess if your a millennial (which I’m obviously not) then you’d know this guy is dressed as a hashtag. Uh, is that cool? I don’t remember one kid that thought it was cool to go as an exclamation point, question mark, or even the @ symbol. Just didn’t happen. So I can’t guess why this costume would be cool or even funny to anyone. It looks like a costume that is screaming out “Please someone beat me up!” 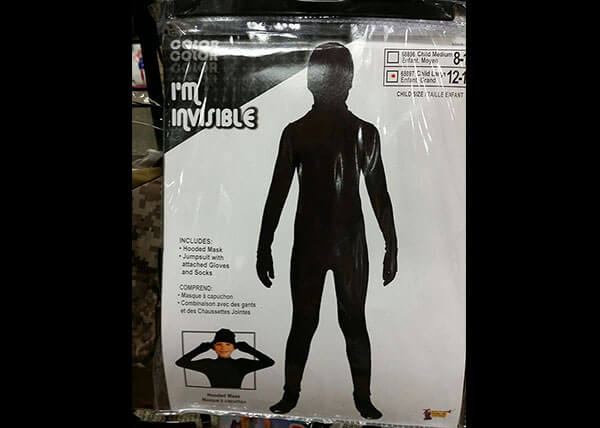 This is probably the worst costume idea ever. Sending your kid off in the night in a costume that makes him or her invisible. Brilliant. I hope little Billy or Sue remembers to look both ways before they cross the street! 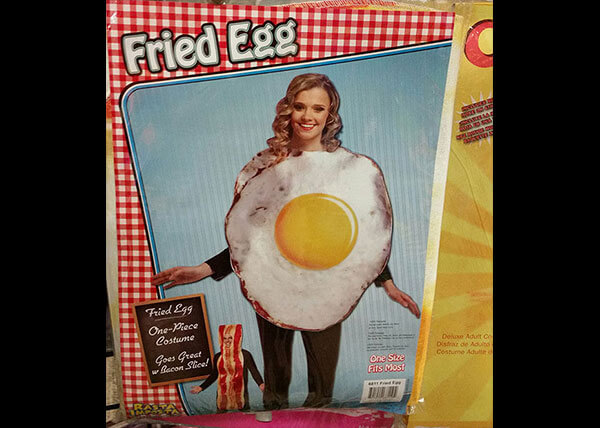 This is one of the costumes that made me ask why. What exactly is so fun, cool, scary or interesting about going as a fried egg for Halloween? This is just plain weird. I guess the added bonus is it goes great with the slice of bacon costume. Just don’t be surprised if you have a trail of dogs following you everywhere you go. 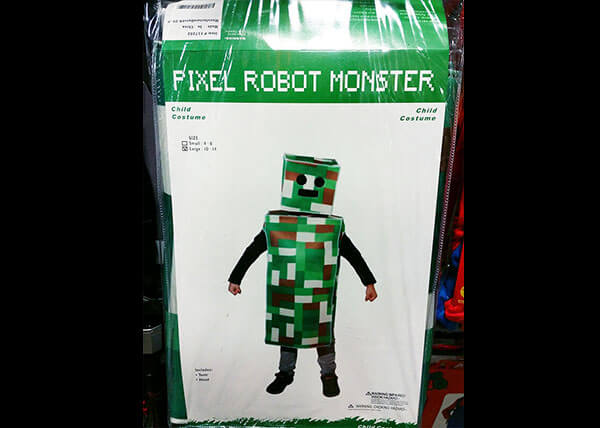 Now I get that this is an attempt at a generic Minecraft costume. But damn…this looks dumb! It just looks horrible. First of all are those rectangular blocks supposed to be pixels? Come on guys get the shape right at least. There’s just nothing good about this costume. It sucks in every way possible. No more to comment on. 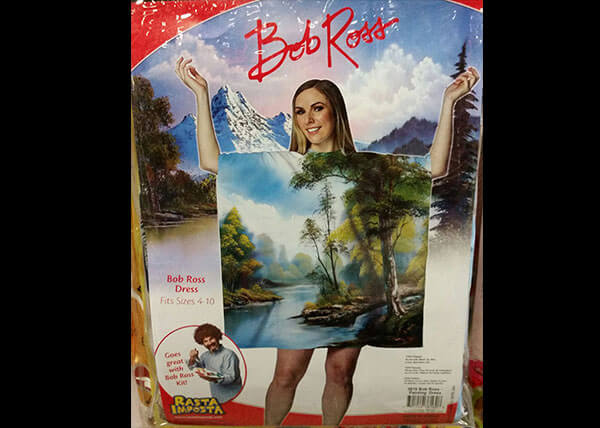 This costume is actually my favorite of the bunch but I still think it’s a little weird. What’s weirder is why Bob Ross is so popular all of a sudden. When I was a kid I remember watching this guy paint pictures on a public access TV show. I just remember his massive afro. Apparently he got famous again with a new audience when Twitch (a live streaming video platform) ran a marathon of his show “The Joy of Painting”. It was wildly successful and attracted more than a 5.6 million viewers. My guess is that there is so much crap on TV today that a show like his is a breath of fresh air for viewers. My verdict? This costume is totally lame unless you go with someone dressed in the Bob Ross costume. If you do, it’s only slightly less lame. 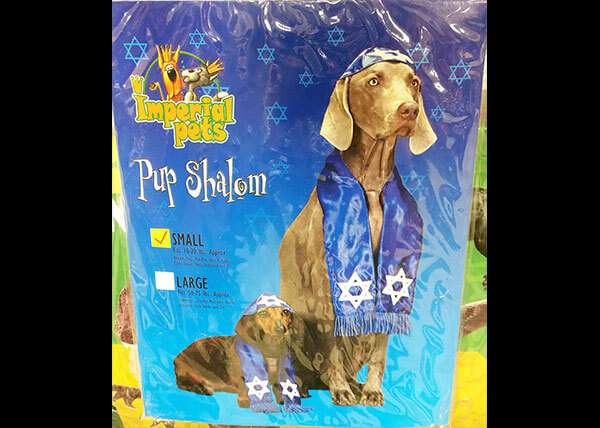 Well we are at our final worst costume. First of all, this one almost didn’t qualify because it wasn’t even for a human. I’m still perplexed that people think it’s okay to take their dogs trick-or-treating. I don’t mind dogs dressing up but I feel a little weird about giving candy to a dog that will really be eaten by their adult owners. Similar to what the Trix cereal rabbit used to say, “Hey, trick-or-treating is for kids”! If your using your dog so you can get free candy and your an adult, come on! You have a job. Buy your own candy! Leave this for the kids to enjoy.

Now as for the costume it sort of makes me feel uneasy when people project their religions on their dogs Halloween costumes like this. If this dog showed up on my doorstep I’d think he was trying to sell me a religion. In all fairness I have seen people dress as priests and nuns (which I still don’t like unless you’re going as a zombie priest or nun.) I guess this looks like a costume more for a religious holiday than Halloween. Eh whatever. Okay so that’s it. I hope you all put more effort into your costumes this year!