After you’ve put all that effort into preparing for your Halloween party you don’t want your guests sitting down yawning from boredom. It’s common for party hosts to feel compelled to shepherd their guests from activity to activity throughout the night to keep things moving along. I’ve done it myself and I can tell you it’s not fun at all. Save yourself the unnecessary stress by preparing a well thought out list of activities for your guests to participate in during your party. After all, you should be able to enjoy the party too! END_OF_DOCUMENT_TOKEN_TO_BE_REPLACED

If you were in a horror movie right now, can you guess how you might die? Our friends at the New York Film Academy have created a fun game called the Horror Movie Death Quiz. Will you be eaten alive or ripped to shreds by zombies? Take the quiz to find out. There is a slim chance you may survive. Why not challenge your friends? It’s better than sitting around waiting to scare the bejesus out of little kids on Halloween night. After your quiz be sure to post your results on NYFA’s Twitter or Facebook page using #HowIDied. You’ll find instructions at the bottom of the quiz. Good luck! Hehehe…you’ll need it. Muahahaha! END_OF_DOCUMENT_TOKEN_TO_BE_REPLACED 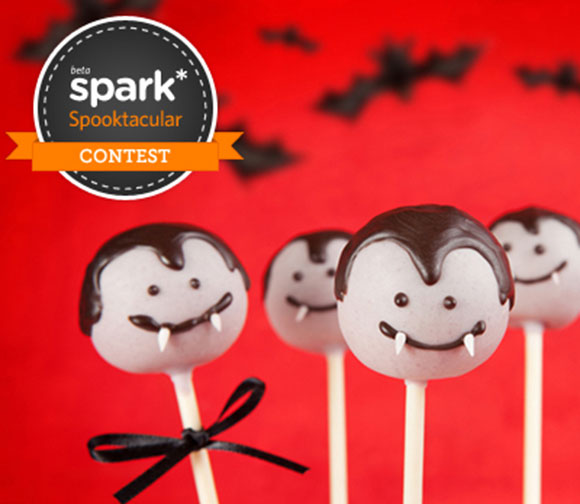 Hi fellow ghoulies! I have information on a new Halloween contest with some great prizes. Enter the Spooktacular Spark Contest for a chance to win an American Express gift card worth up to $200. END_OF_DOCUMENT_TOKEN_TO_BE_REPLACED

Here’s a new twist on the obstacle course race for charity events. The Zombie 5K Run For Your Lives race is coming to Los Angeles October 20, 2011. Technically it’s coming to Temecula, but close enough. The idea for this race is very cool. Do you think you would run faster if you were being chased by a horde of infected zombies? Well, by registering as a survivor, you will be given a head start in the race from those who registered as a zombie. Anyone who registers as a zombie will be encouraged to dress the part and act the part! The bad news is the last day to register for the race was September 28th, but you can still register to be a spectator. And if you live in Austin, TX then you still have time to register for the event there. Just check the website for details.

I gotta tell you… If there was one thing that scared me as a kid it was the Quija Board! We had one and I really have no idea how we got it. I can’t imagine my mom forking over money for a toy like that. Was it even a toy? (Well the one we had was made by Hasbro, so I guess it was). One summer night we had decided to set up my brother’s new tent in our backyard and camp overnight. Our plan that night was simple: goof off, eat candy, tell ghost stories, then use the Quija Board to try to conjure a spirit. We weren’t seriously expecting any ghoulish visitors though…just thought it would be fun to try. Earlier in the night, my brothers and I had built what we called “burglar traps”. A burglar trap was simply a bunch of tin cans strung together with twine. We had placed them strategically in the corners of our backyard in hopes of catching a burglar. (Although I don’t know what we would’ve done if we’d caught one. You don’t plan things out too far in advance when your 10 years old.) After we had eaten the last of our candy, we pulled the Quija Board out and placed it between all of us. We took turns asking the board stupid questions and placed our fingers on the small heart shaped piece of wood called the planchette. Each of us accused the others of purposely moving it around the board. I can’t say for sure if the planchette ever moved on its own, but suddenly we heard the cans from the burglar alarms start to make noise loudly from both corners of our backyard! WE FROZE and just starred at each other with ghost white faces. A second later we were running out of the tent and back into our house, screaming and locking the door behind us.

Now there are very logical explanations for what might have occurred that night. It could have been a cat that got tangled up in our trap setting it off. But it was from both traps at the same time. Maybe two birds…at night? I don’t know, but the next morning we took that Quija Board and buried it deep in the backyard. It’s been over 20 years so I’m sure that board is worm food by now. I’ve never touched a Quija board again. I’m always a little creeped out by them in movies too. From what I remember, the movie “Witchboard” was a scary Horror movie from 1986 about the use of a Quija board. Don’t forget the unhappy creature the Quija board awakened in the movie “Paranormal Activity”. There are rumors that a new Quija Board movie is currently being shopped around the studios in Hollywood. So are you convinced that Quija boards are dangerous and can only bring you harm? What…your still curious to try one? Okay, don’t say I didn’t warn you! You might be able to find a Hasbro version at Toys R Us, but if not, try this Primitive Folk Art Quija Board I found on Etsy.com. Good luck!