I’ve gotta admit I just love monster conventions! Especially the big one called Monsterpalooza, a convention created to celebrate the art of monsters and movie magic. This year it was held at the Pasadena Convention Center and it was bigger and better than ever before! I snapped lots of pics from Monsterpalooza 2016 so I’ll give you the highlights of the things I saw while attending. 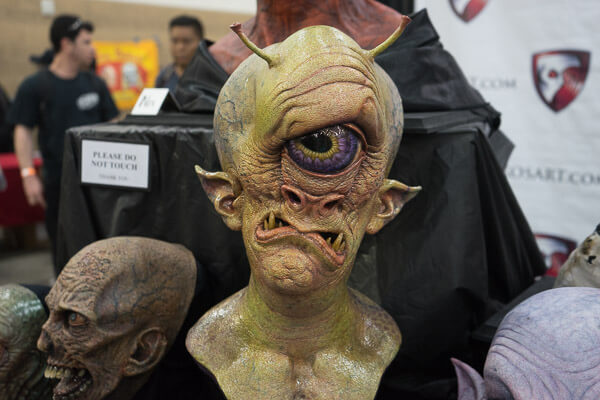 Monsterpalooza is an overwhelming experience for me. There are soooo many fantastic artists present and so many unbelievably beautiful artwork pieces on display and on top of all that there are lots of events happening around the convention floor, it kind of becomes a bit of sensory overload. Sometimes it’s hard to focus on a little area of the convention to really appreciate all that they have. When I was focusing, I realized this curious little alien was smiling at me (at least I hope that’s a smile). 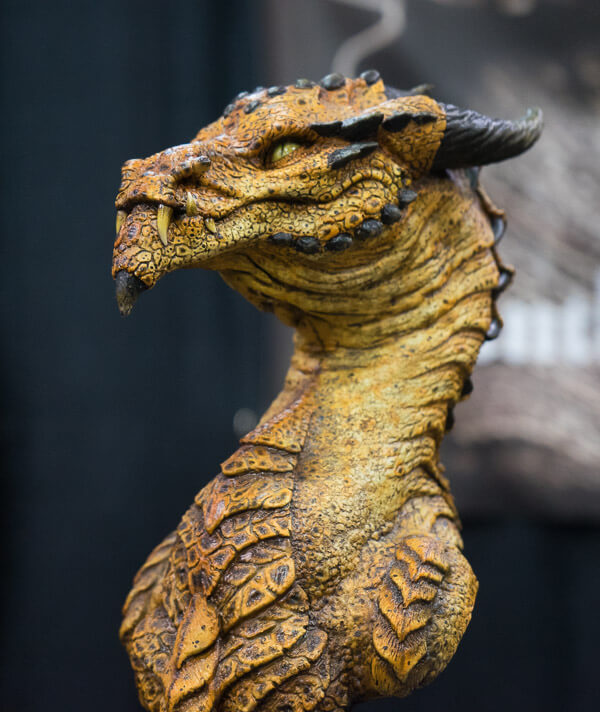 I wonder if the Mother of Dragons knows about this golden beauty! Another awesome display fron an incredibly talented artist. Most of the busts like this one are for sale. Sure they are pricey, but they are so awesome how can you resist? 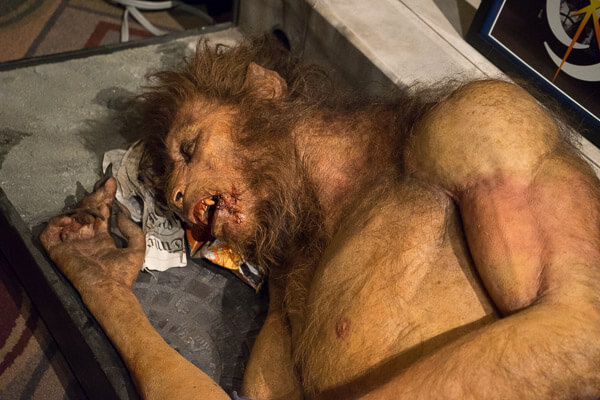 We walked through a display area and found this werewolf sleeping on the ground. It was a lifesize full body display and he looked so realistic I was afraid he would reach out and grab onto my ankle. Absolutely awesome and scary! 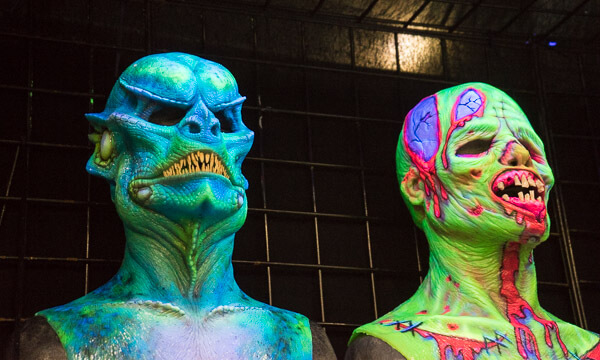 We also saw a cool display of latex masks at Monsterpalooza 2016. This set of masks were painted in brilliant glowing colors to make them look like toxic aliens. They could be cousins of The Toxic Avenger! 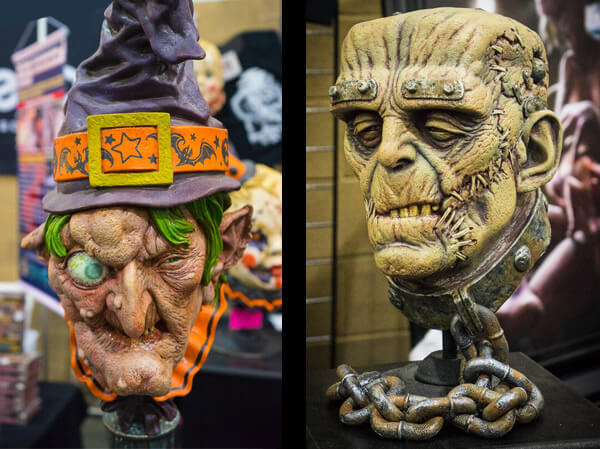 Again a few displays of incredible artwork sculptures. The witch on the left is so incredibly detailed that her milky gross eyeball with all the spidery blood vessels looks like it’s actually looking at you. And poor Frankensteins Monster’s stitches look painfully real. 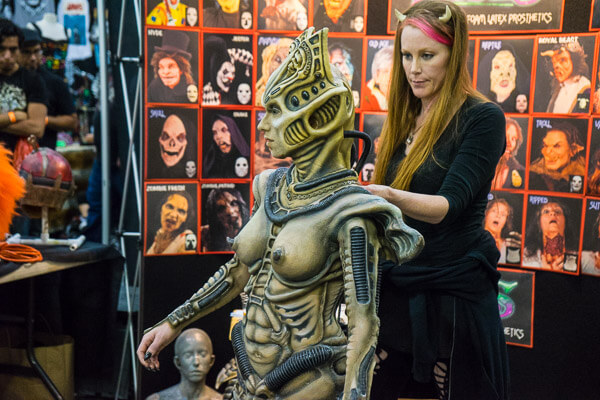 So when we first got to the convention in the early afternoon, this girl above was in the beginning stages of getting her makeup applied. Some sort of alien full-body prosthetics and makeup. Well we returned to see how she was doing before we left and saw this! Holy cow that is crazy. She looks totally alien now. It’s so incredible to see make-up artists working on someone right in front of your eyes. There were so many dudes staring at her I felt like she might need to put on a T-shirt. That’s how realistic she looked! 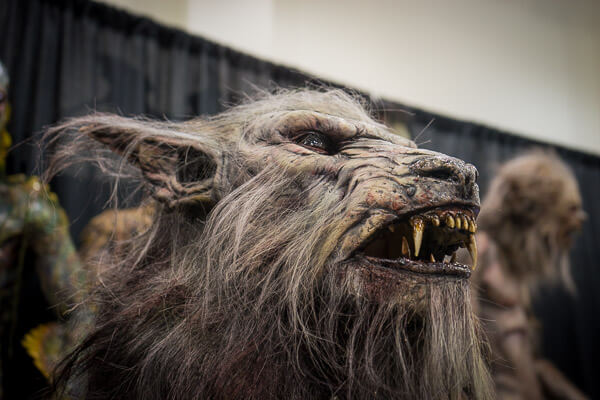 I love werewolves and sometimes think they get overshadowed by the more popular monsters like vampires and zombies. I found a booth that had a great display of werewolf masks like this one. 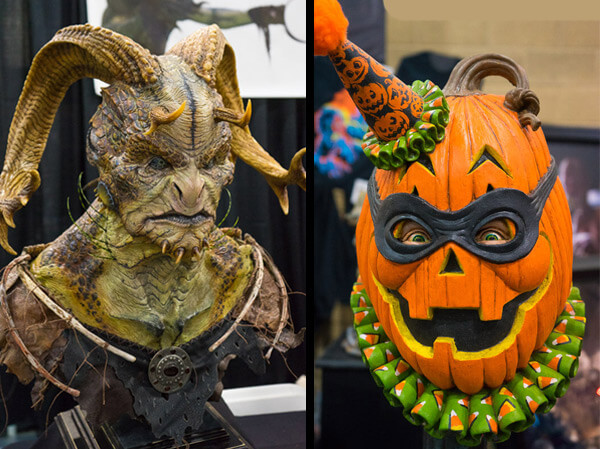 I don’t even know what kind of creature is on the left above but he looks so cool. He also looks rather intelligent and regal. The pumpkin man on the right is the total opposite. He looks like a party animal who is so happy to be celebrating his birthday. 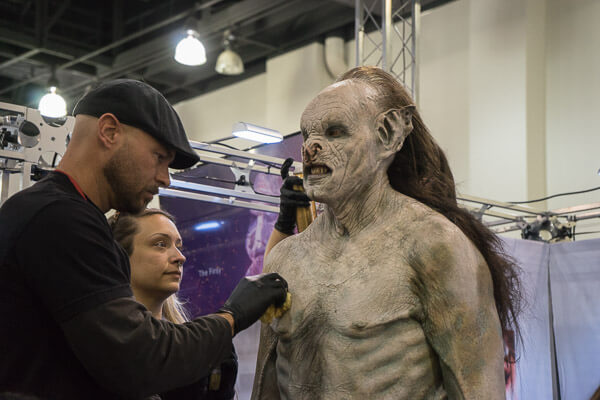 Yet another demo of monster make-up artists performing their craft. Not only the artists but the models have to have so much patience to sit or stand there for so long while getting glued, painted, sprayed and whatever else goes into their transformations. The end result is certainly awesome though! 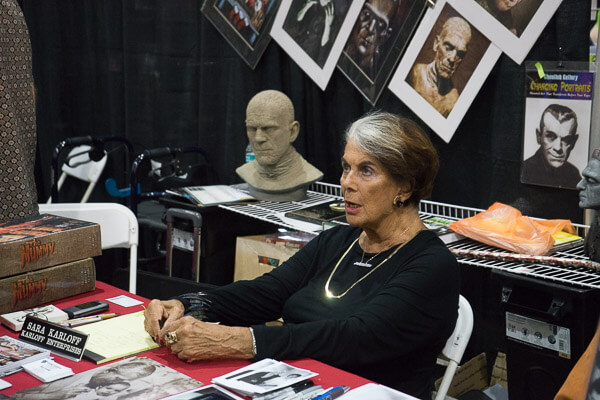 I used to not care at all about celebrities or autographs from celebrities but at a convention like Monsterpalooza I kind of look forward to who I might see or recognize. This year I was fortunate to meet a few great ones! First I got a chance to have a brief conversation with Adrienne Barbeau. She was in one of my favorite horror films The Fog (1980) as well as several others I consider classics like Creepshow (1982), Toxic Avenger (1984), Escape From New York (1981), and Back To School (1986). I also saw Sara Karloff (pictured above), daughter of the legendary Boris Karloff. Right next to her was Victoria Price, the daughter of the late and great Vincent Price.

Linda Blair was also there but when I tried to take a picture one of her entourage got irate. Oh well, I moved on to another celebrity table. Right next door to her was C. Thomas Howell a famous child and teen star from the 80s. Across from him was the writer of the novel Jaws from which the movie was made. Also two of the special effect artists who worked on the Jaws storyboards and movie sets were there. These guys had incredible stories about working on the film and the shark monster from the movie in the Martha’s Vineyard area in New York. To me these guys are true special effect pioneers. They also told us they were in charge of building sets and the spaceships for Close Encounters of The Third Kind (1977), my personal favorite Sci-Fi film of all time. They would have won an academy award for their work, except that a little movie called Star Wars came out the same year. Wow bad timing! 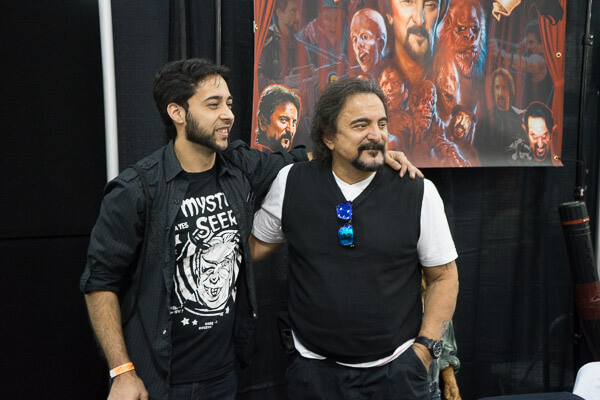 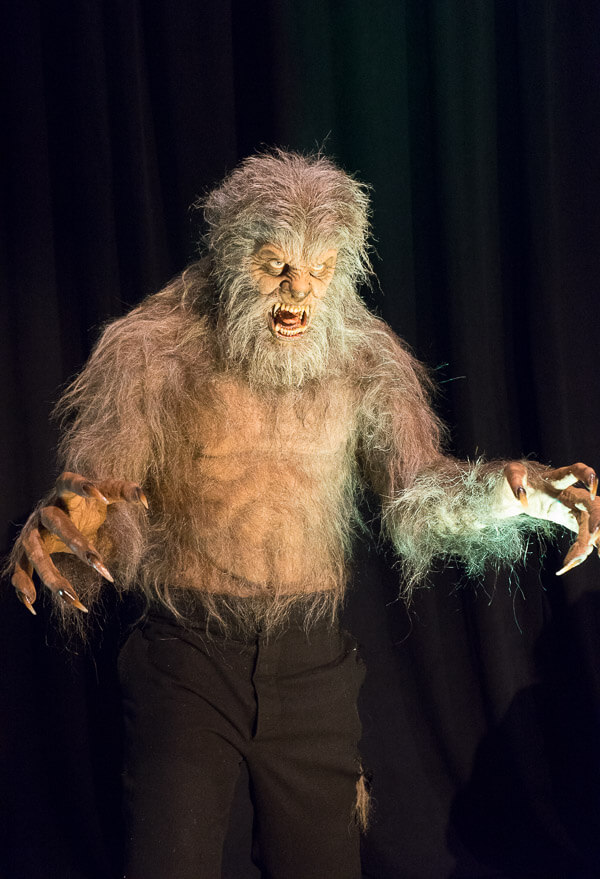 At Monsterpalooza they usually have a room with exceptional monster displays from a special effects company like the Stan Winston School of Makeup Effects. This werewolf was standing on display in one of those rooms. He stood taller than me! 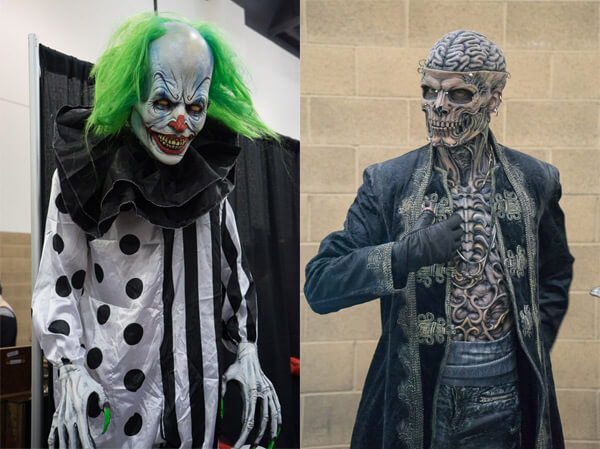 Afraid of clowns? Then this guy on the left might give you the chills. This larger than life size evil clown display towered over people who walked by it. The skeleton man on the left was pretty cool posing for us. His body suit was detailed so well and his skull looked like it really was cut around the crown to reveal his brain. 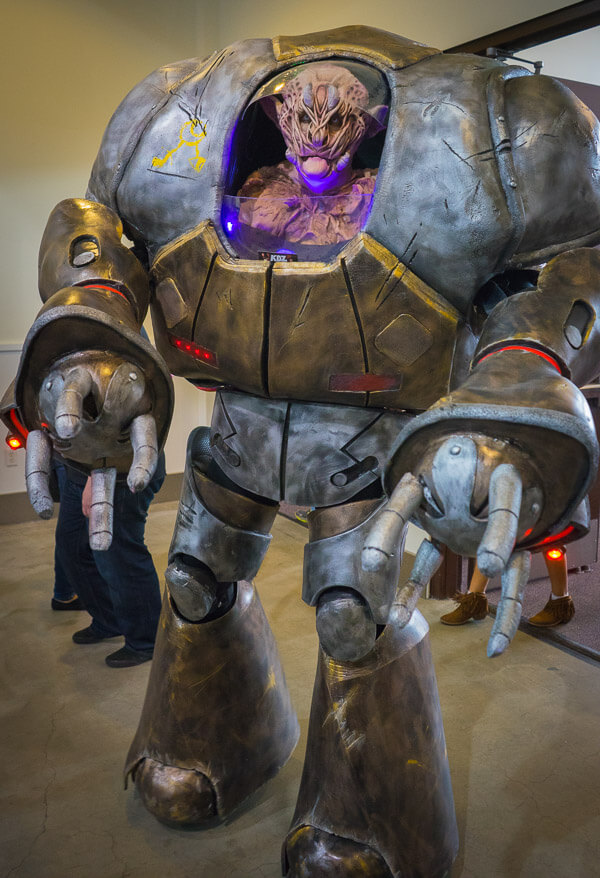 Finally on our way out, we see this monstrous alien guy. What an awesome costume! Not only was he huge but he was fully mobile and lit up all over the place. Impressive to say the least. Well that’s all I have for now. Have you ever been to a Monsterpalooza or other horror convention? What are some of the cool things you have seen?