If you grew up on Disney cartoons like I did, you are probably blissfully unaware of the more sinister original versions of fairy tales. A true old fashioned fairy tale is gothically dark. Rape, incest, mutilation, monsters…that was the stuff of real fairy tales. These stories were not meant to entertain 5-year-old little girls (like the Disney movies do), but instead to stir the thoughts and emotions of older readers who are just becoming aware of the existence of evil in the world around them. In an early version of Cinderella, the story begins with a king whose dying wife has a baby girl. After 15 years, the king is lonely and can’t find anyone to marry. So he decides to alter the law and marry his own daughter. (Ewww!) The 15 year-old girl decides to run away from home and find’s refuge in a merchants home were the Cinderella story as we know it begins. Not exactly something you would want to share with your young child right? So I guess I can applaud Disney for cleaning up these stories for younger audiences, but as an adult it’s fun to explore the darker grittier stories of the originals.

So now you know a little bit about the original Cinderella story right? As if having a perverted father isn’t bad enough, the poor girl also had to worry about the sanity of her stepsisters. They wanted that glass slipper to fit so badly, that one of the stepsisters cut off her toes while the other cut off her heal. I wonder how they managed to clean the blood out of the glass slipper. Original fairy tales are filled with all sorts of gross variations like these. You want another one? How about the story of Sleeping Beauty? After Talia falls into what could only be described as a coma, her father lays her body on a bed within his estate. Later, a king is out hunting and finds her on the bed. He decides to rape her while she is unconscious (how convenient) then returns to his own country. She winds up giving birth to two children (and is still unconscious). In fact she doesn’t wake up until one of the children accidentally sucks the splinter out of her finger. Ok this is where it gets really weird. So the king who raped her is married (of course) so he burns his wife alive so he can be together with Talia. But before she is burned, the wife tries to eat Talia’s babies. Good god! This is like a sick soap opera. I could go on…really there are so many more twisted stories, but instead let me just point you to some cool fairy tale illustrations so you can discover the gory details for yourself. There have been several movies that have attempted tell the darker scarier versions of these fairy tales, and even some books have attempted to throw the gothic darkness back into these stories. One such book is Sally Gardner’s 2013 Young Adult novel Tinder, a retelling of Hans Christian Anderson’s The Tinder Box. Set in the dark woods of Germany, Otto the main character, is a young solder traumatized by the horrors of war. This is a tale of grief, fear, magic and lycanthropy. The book is wonderfully illustrated with haunting images by artist David Roberts. Some of his art from the book is currently on display at the British Library, as part of its Terror and Wonder: The Gothic Imagination exhibition. 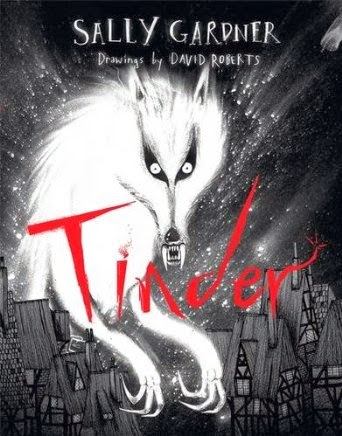 Sometimes I’m not sure if the stories were trying to teach us valuable lessons about life, warning us about how life can be, or just a take on the sometimes twisted desires of man. Maybe it’s all three. In any case, it is worth checking out these original fairy tales for yourself.

One thought on “Putting Gothic Back In Fairy Tales”